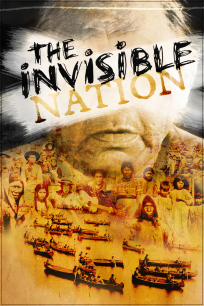 The Algonquin once lived in harmony with the vast territory they occupied. This balance was upset when the Europeans arrived in the 16th century.

Gradually, their Aboriginal traditions were undermined and their natural resources plundered.

Today, barely 9,000 Algonquin are left. They live in about 10 communities, often enduring abject poverty and human rights abuses. These Aboriginal people are suffering the threat to their very existence in silence.

Richard Desjardins and Robert Monderie have decided to sound the alarm before it’s too late.

The Invisible Nation by Richard Desjardins& by Robert Monderie, National Film Board of Canada